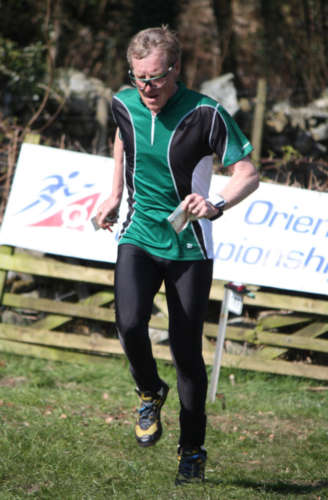 The Chichester Trophy is awarded annually by British Orienteering for the best O-map made by an amateur. Your chairman won it this year for the map of Monk's Road, used for the Dales weekend. An extract from this map, minus walls, is at the top of the page.

The Trophy was donated to BOF by Sir Francis Chichester, who won the transatlantic yacht race and navigated single-handed round the world in 1966, aged 65. It is the binnacle compass from one of his boats, Gipsy Moth II. You wouldn't want to carry it round an O-course though, it weighs over a kilo.

Whilst the award is for cartography, Tony said that the map would not have been possible without the survey work done by Roger Lott. Tony first won the trophy in 1979 for his map of Bethecar Moor for the BOC, and subsequently for Flasby (1993) and Attermire (2003). Roger and Tony are currently working on maps of Yockenthwaite and Burley Moor for events later this year and early next year. 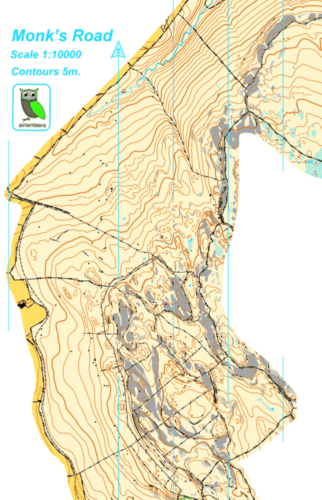 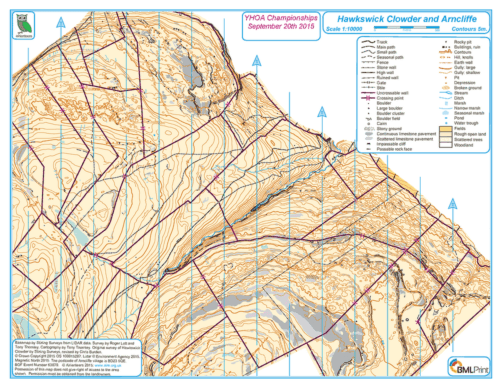