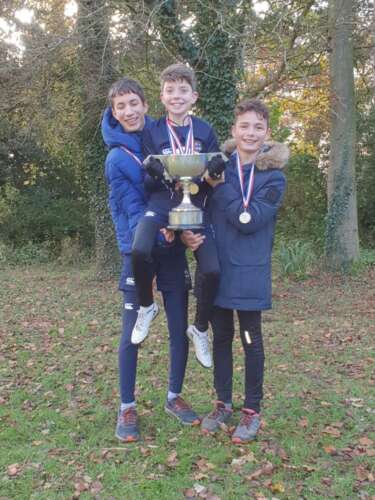 There were several successes for Airienteer juniors in the recent British Schools Championships, including some breakthrough runs.

We had four podium finishers in the flagship event, which was held at Stowe, Buckinghamshire, on 21st November. Henry was third in the Year 9 boys category, Joseph was second in Year 8 boys, and Tom and Emily both pulled out all of the stops to secure wins in the Year 11 boys and Year 12 girls categories respectively.

These individual successes contributed towards Bradford Grammar School coming equal second in the large secondary school category – a leap up from their previous best position of eighth! BGS also had two team successes: the Year 9 boys (Henry, Daniel and Ben) were first, and the Year 10 boys (Ed, James and Mustafa) were third – and only one point shy of second place! Counters for the whole school category were Emily, Tom, Joseph, Henry, Daniel, Ed, Maya, Ben and James.

The school took twenty pupils, and all contributed in some way to the team’s success, whether it was by pushing other schools’ counters down the rankings, or by creating a great esprit de corps. Great strides were made by all, and lessons were learned by those who made mistakes on their courses (we’ve all been there!). The team also enjoyed a training event in Campbell Park, Milton Keynes, and a night score event in the grounds of the Caldecotte Xperience in Milton Keynes, where they also stayed.

As the BGS coach, I would like to thank members of Airienteers who have contributed in one way or another to the team’s success – whether it is by putting events on, mapping, or doing behind-the-scenes work. He would like to thank three members in particular: Lindsey King, for playing such a pivotal role in coaching and in rousing the troops for junior club competitions; Tony Carlyle, for helping at the last three BGS World Orienteering Day events and by putting on three pre-BSOC lunchtime and weekend sessions for the team; and Chris Burden for mapping and re-mapping the school site and most of the areas we use in our training sessions.

Two other Airienteers also competed at BSOC: Jack Beavers, representing Beckfoot Thornton, who was 28th in the highly competitive Year 9 boys category, and his sister, Thornton Primary School’s Charlotte Beavers, who was a fantastic fifth in the Year 8 girls race – well done to both of them! Apologies to any other Airienteer juniors I may have missed from this account.

Links to results and photos are found here: http://www.bsoa.org/home/raw?htm=BSOC21 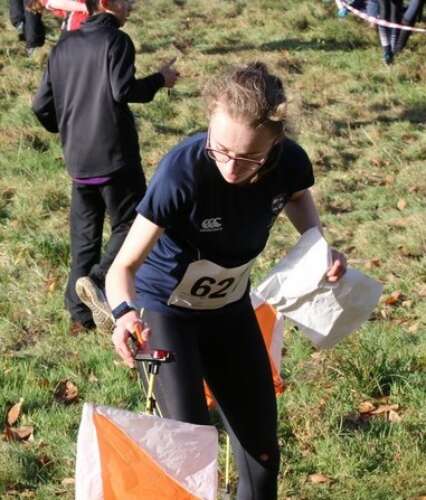 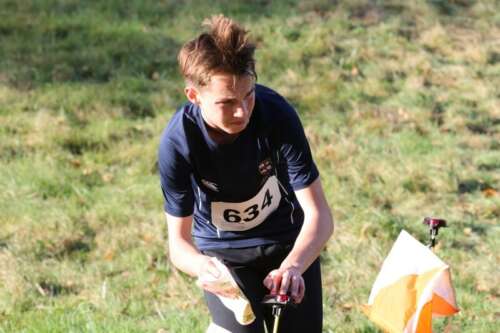 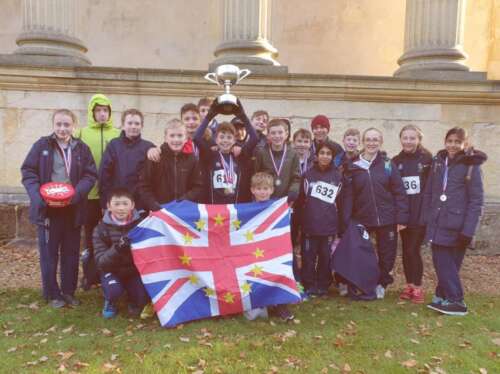